I have been a practicing Pagan for almost 25 years. For approximately 20 of those years I believed my patron and matron deities were Pan and Artemis. I felt a strong connection to the horned figures in Paganism and also with deer hence my assumption. I discovered my mistake one night during a meditation when I came face to face with these figures. During the meditation I was fully aware I was not asleep and this was not a dream.

The experience began in a clearing; green grass under my feet. There was a forest at the edge of the clearing and before the forest were deer. There were at least 8 young stags standing in a group with a couple laid in the grass. I remember hoping that I could get closer to them and was so happy when they allowed me to approach them. As I stroked the nose of one I noticed a woman reclining on the deer in the grass. She was smiling and calm. She wore nothing but a green leafy crown in her hair, the kind a child might make with plants. Her hair was long and ginger. I remember thinking to myself to look her in the eye. I apologized for interrupting her. She said nothing. Instead she stood up and took my hand. She then led me along a path through a grove of trees.

The path was worn between large green ferns and tall trees either side. At the end of this path she motioned for me to continue but stayed where she was. Again she didn’t speak, only smiled. I walked on looking back occasionally to see her still smiling and motioning for me to continue. The place she had taken me to was unlike any place I have ever been. Everything was so vivid. Fruit trees were home to hundreds of singing birds and the grass was teeming with wildlife and bright wild flowers. There were faeries in this place. It was wonderful. The place was warm but felt so comfortable. There were rocks in the grass and I sat beside them looking at everything around me absolutely awestruck. I then noticed the rocks were not rocks, but were actually sheep grazing quietly. Behind me was a lagoon. Again life was abundant and so vibrant there. The water was so blue, just as the sky was and there were dolphins and flying fish! 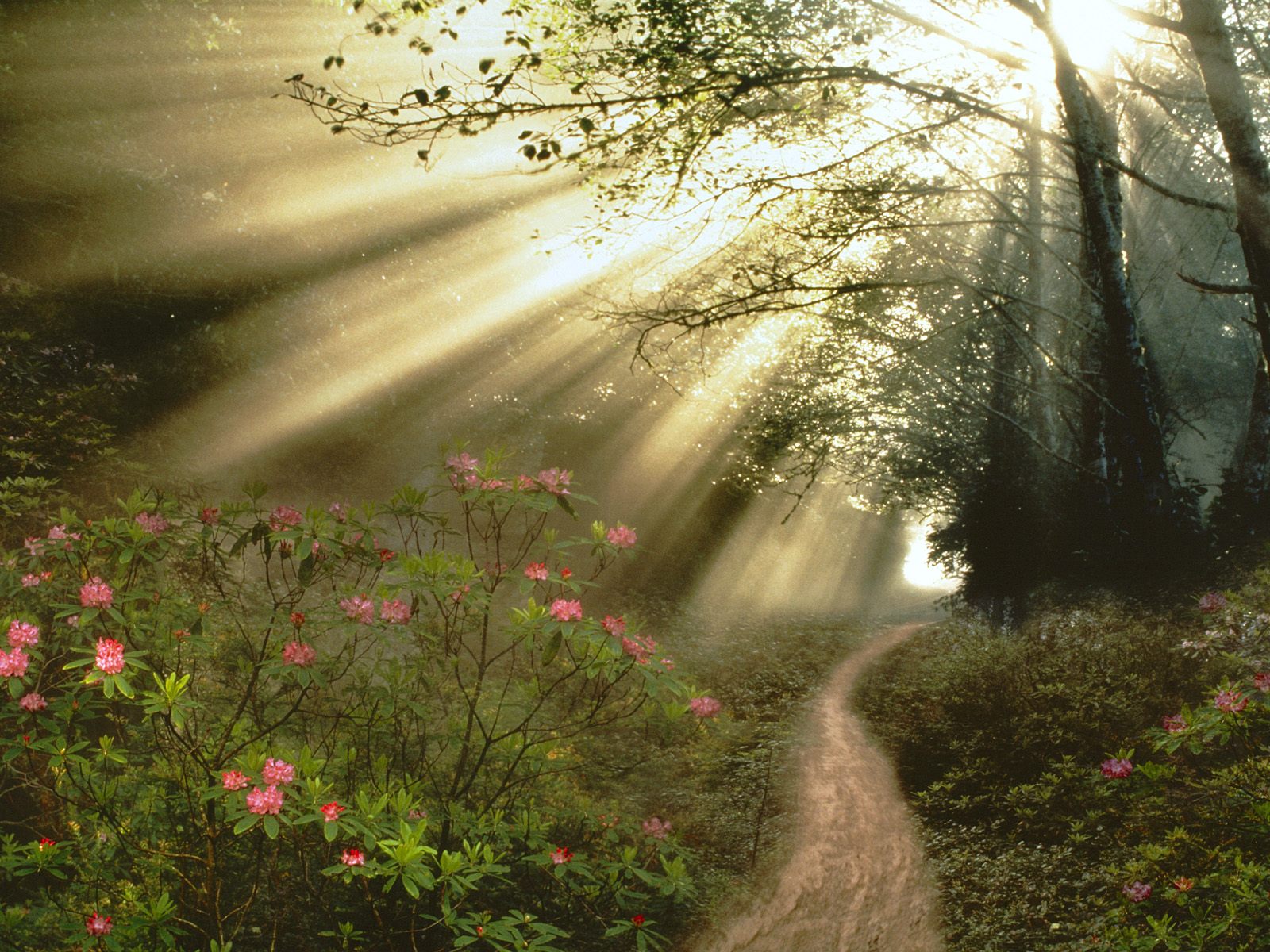 From the lagoon two ginormous ‘hands’ rose. They weren’t actually hands, but this is the closest description to how they appeared at the time. The were closed together like a clam shell then opened which sent cascades of water flowing through the ‘fingers’ down into the lagoon. There were birds and butterflies and dragonflies all flitting about these ‘hands’.  I remember being absolutely lost for words at the sight. When I turned back towards the sheep I became aware that the large rock beside me was no longer made of stone. I turned and saw a ram. I saw a sheep, not a goat.. That is what I said to myself.

Instantly I knew it was not Pan. I reasoned it was not Baphomet or Cernunnos. It was definitely a sheep head. It then moved to stand upright on 2 legs. This being was at least 8 feet tall. He had the head and legs of a sheep but the torso of a man. As he rose I just knew that this was a god. I just knew. He also never spoke to me but he turned his gaze to me without moving his head. His eye looked down at me as he kept his head held high. This look instantly put me at ease. I’ve never felt peace like it. In that moment I felt he wanted me to understand that he loved me. I pushed my fingers into the fur/wool on his thigh and I specifically remember watching my fingers as I did this. I felt the warmth of him on my hand. I also saw that he was blue. From head to toe he was completely blue. It wasn’t a bright blue. It wasn’t even a pastel shade it was like a very pale, almost grey shade. I looked back up at him and he turned away and walked into the trees.

As soon as I lost sight of him, BAM! I was back in my room feeling absolutely electrified. My skin was tingling as is often the case with a spiritual experience, at least in my experience. I drew him straight away and asked other Pagans who these beings may be as I was completely lost. Some thought the woman was perhaps Brigid because of her hair but I knew this was not right. It just felt wrong. It was the connection with the deer that someone picked up on and suggested I read about Elen Of The Ways, a perhaps ancient deity of the British Isles. As soon as I saw this I just knew. It was like a switch being flicked. It was her.

The second being was slightly weirder. I posted the question and kept getting the suggestions of Pan so I posted the picture I drew. It took less than half an hour and a man posted a link saying that I should read it. The second the page loaded he was there. The being I had met in my experience. Sheep head? Check. Blue? Check. Water? Check. A god? Check. This was the Ancient Egyptian god of the Nile, Khnum. Khnum is also known as the potter; creator god associated with the abundance of life at the banks of the Nile River. He is said to have fashioned people from the clay on the Nile.

Before this experience I had never heard of either of these deities but since that moment my path became so much easier. I know it was real and I am grateful for every moment of it.

If you have a story you’d like to feature on our website please email us at info@mythsandbeyond.com