The Ancient Egyptians are some of the most fascinating people in all of human history. We have all heard of ancient Egypt, the pyramids, the pharaohs, and the mummies. The civilizations the ancient Egyptians built was iconic and will forever be known as one of the most powerful in the world. In this section I'd like to discuss the pantheon of the Ancient Egyptian civilization. Like much of mythology these are stories that have a major effect on people and society as a whole. These stories help us grasp a larger understanding of how our human ancestors viewed their world and their own reality. In many myths the Universe is divine and all aspects of our world (no matter which mythology) have deities that are associated with them. (Please note: There are variations of the creation myth for Ancient Egyptians based on Hermopolis, Heliopolis, Thebes, & Memphis). The story below is a form of the Heliopolis myths.

In the beginning of time, before any of the elements as we know them existed there was only a mound shaped like a pyramid who was called Benben who emerged from primordial waters. Within Benben was a blue lotus flower from whom the first god Ra was created. Ra is also known as Atun. Ra came from the lotus flower and Ra brought light to the world. Ra generated his children who were gods of the elements. Shu was the god of air, and his sister Tefnut the god of rain. The universe was enriched by these deep waters, Shu and Tefnut could not resist but to explore them. Ra being protective and worried about his children exploring these deep waters was so excited upon their return that he was overfilled with joy. Once Shu and Tefnut returned, Ra birthed more children from his tears of happiness. Nut, the goddess of the sky and Geb the god of the earth were born.

please note: there are variations of the Egyptian creation myth and origin story of Ra and the gods - The versions mentioned here are Heliopolis. There is also Hermopolis, Thebes, and Memphis myths.

Ra is a prominent figure in Egyptian mythology due to him being the first god, the ruler of the Universe and the first Pharaoh of Ancient Egypt. Ra is associated with the ox and the lion. He was the creator of the Nile River and because of him mankind in Egypt would flourish and prosper from the river. Ra was connected to the divine as he was divine himself and was able to foresee the future. He had a premonition that Nut and Geb would have children, and that is own grandchildren would someday overthrow his reign of Ancient Egypt. He forbade the gods from reproducing but as with many mythologies - premonitions do come true! The earth and sky god did not listen to the intuitive Ra, and they had children despite his warning. The prophecy would come true as Isis, Nephthys, Set and Osiris were born.

Great mother Isis, the goddess of healing and magic, was crucial to ancient Egyptian religious beliefs. She was a goddess of the moon & the earth. Nephthys is a protective goddess who symbolizes the death experience, just as Isis represented the birth experience. Nephthys also is a goddess of night. Set is a god of desert, storms and violence. Osiris was known as a god of light, fertility and eventually..also the underworld.

Osiris reigned over the Egyptian world, and his nemesis brother Set was perpetually jealous of the power and influence Osiris had over the ancient civilization. This jealousy would become one of the biggest feuds of the Egyptian pantheon and started the saga of Horus (son of Osiris).  With Osiris being the new ruler god of the Universe it was only natural for their to be some envy in this myth. Osiris had the capability to teach people about laws, weaving, farming & agriculture, and how to make bread. The Egyptian civilization began to quickly flourish and prosper under the rule of Osiris. Set was not having any of that - and as a god associated with destruction and chaos he came up with a clever and tricky plan to rid his brother for good and take over the Ancient Egyptian culture once and for all. 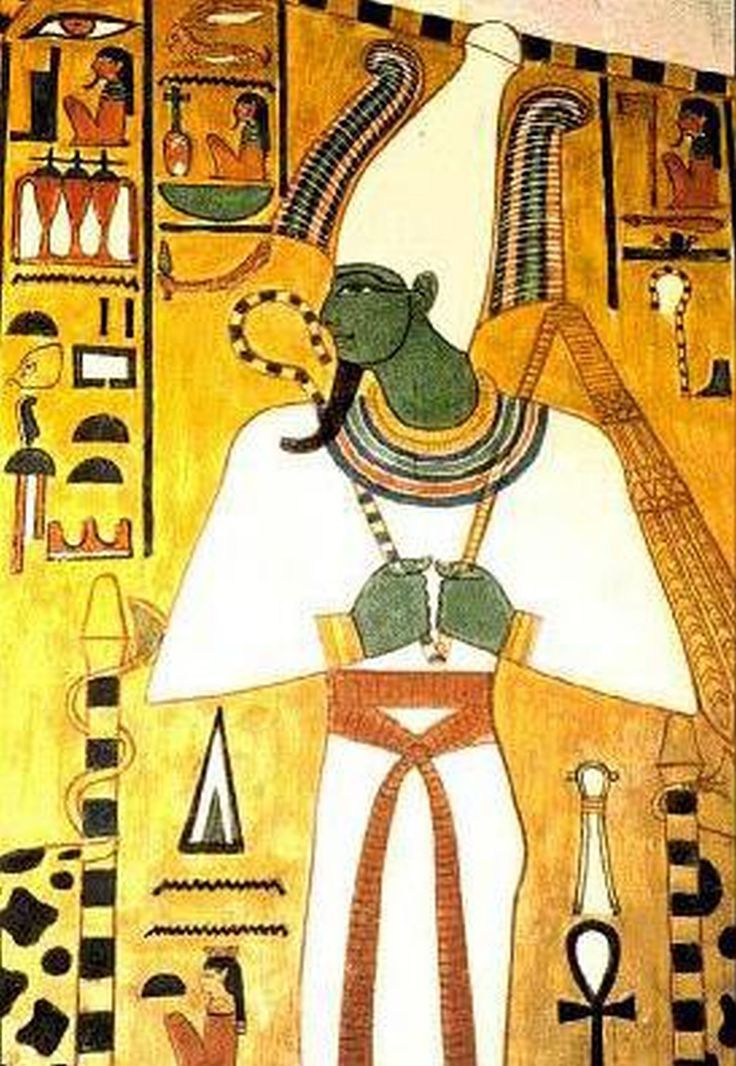 To make matters even worse, there was a giant plot twist in this envy that Set had for Osiris. Nephthys, the wife of Set secretly disguised herself once as her sister and ended up becoming pregnant by Osiris! Due to this unavoidable affair - the god Anubis was conceived.

Set was extremely angry and would eventually trap Osiris and trick him leading him to his own death. According to the myth Set had 72 warriors nail shut a coffin which Osiris could not get out of. They threw the coffin into the Nile River and Set would make sure that Osiris would not escape.  His plan was to drown Osiris. Isis, wife of Osiris was in complete despair and did everything she could to find her husband. She cried so much that she is the reason for the floods on the Nile River! Isis and her sister Nephthys searched until they found the coffin. Once Set got word of this he smashed the coffin into 14 pieces - and this why Osiris has so many burial spots throughout Egypt. It was only fate that Osiris would be murdered by Set. Isis and Anubis would recover only 13 of the 14 pieces and this is where the idea of mummification comes from. Isis mummified Osiris, and the legend says she also resurrected him with her powers and gave birth to a son from this moment. This son would be the heroic Horus, the falcon headed god who would bring light back to Egypt. And this is how Osiris became the ruler of the dead and a deity associated with the afterlife. This myth shows us that even after death - we will be successful! 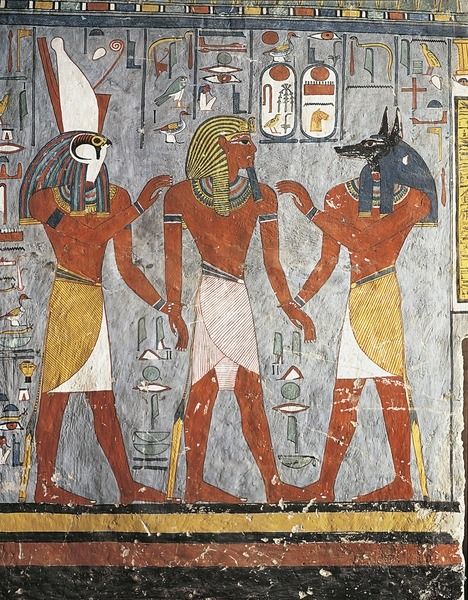 Mighty Horus would end the darkness of this Ancient civilization by defeating Set and avenging the death of Osiris. Horus would reclaim the throne that was rightfully his and some believe that Horus was a reincarnation of Osiris. At some point during this battle Set had plucked out the eyes of Horus which would later be restored by Hathor the Egyptian goddess of love. This is where we get the myth of the protection symbol: The Eye of Horus which is known throughout Ancient Egyptian culture and mythology to be a symbol of power & protection. Stories like these remind us that pharaohs are a divine connection between people and the gods.  After 80 long years of battle Horus was able to reclaim his throne from Set. It is said that all future pharaohs of the Ancient Egyptian civilization were descendants of Horus. 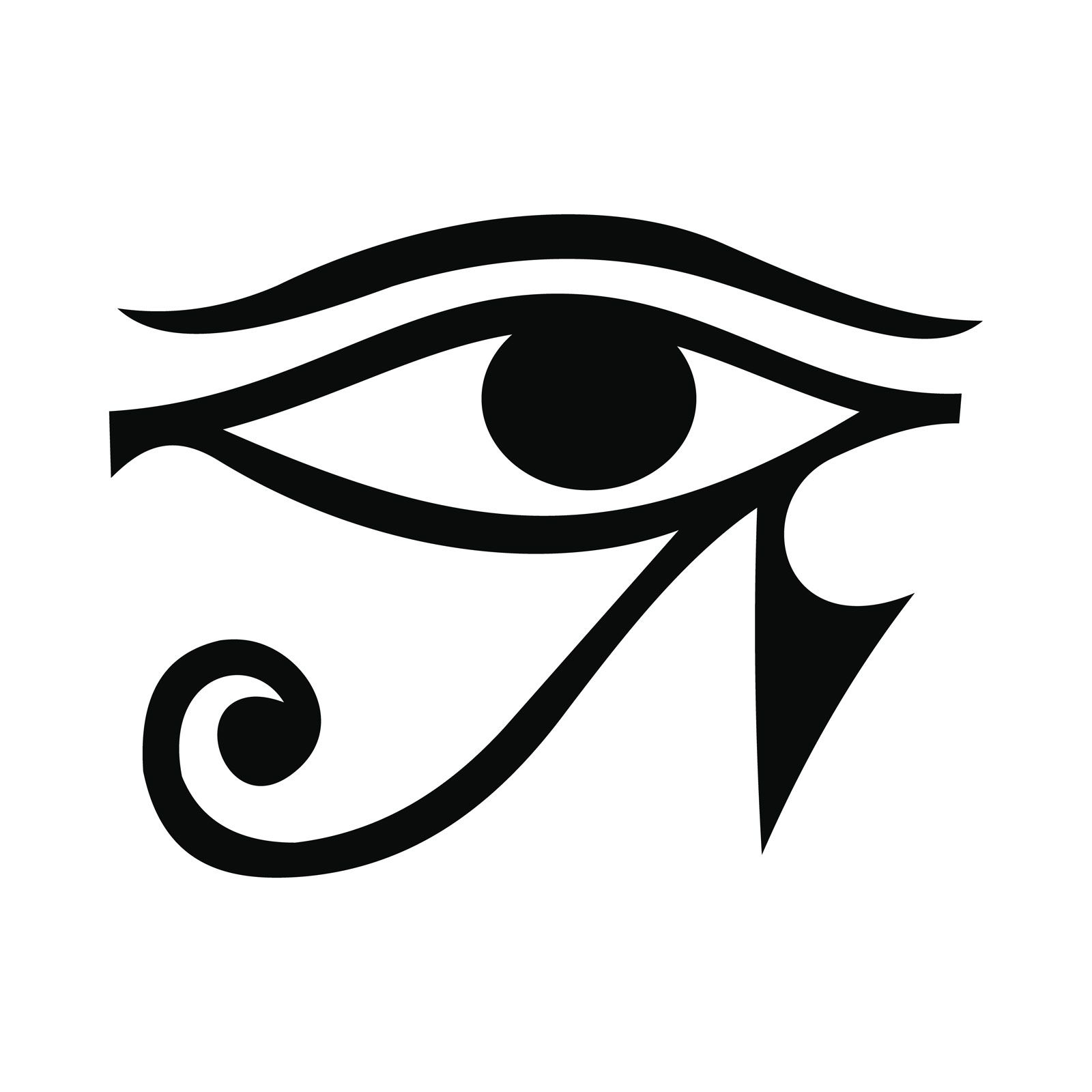 There’s a very important concept I’d like to bring up about this fascinating culture. Well, a goddess, but also a concept: Ma’at. Some myths say that Ma’at was born through the power of Heka. Heka is a god of magic, and the name Heka is a word that means justice and harmony. Some stories say that she rose with Ra out of the primordial waters of Ancient Egypt. Ma’at is the reason why harmony and peace exist in the world. The concept or principle of Ma’at was crucial to the Ancient Egyptians as she was the one who showed the world how to function peacefully and purposefully. The concept is this; If you don’t live in obedience with Ma’at you will suffer your own consequences. Needless to say, the Ancient Egyptians had their own belief of Karma (Hindu & Buddhist belief). 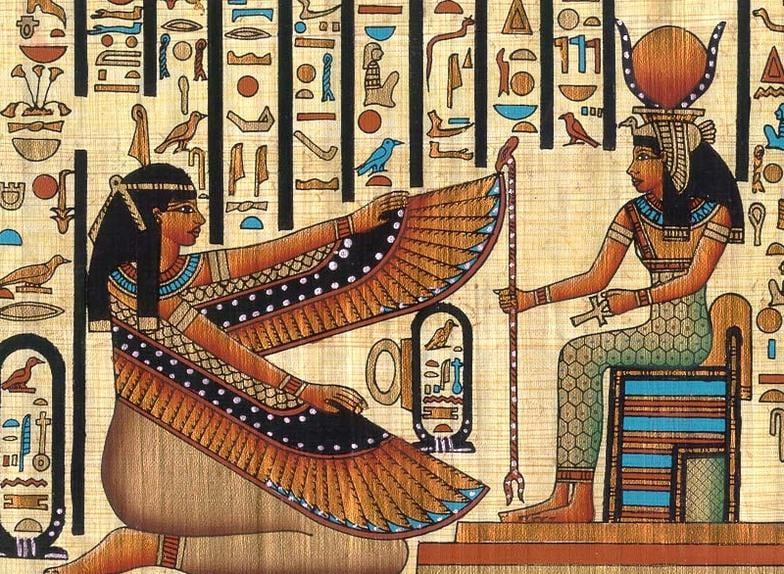 As you read through this website and we piece together different aspects of cosmology I’d like to bring up another important story regarding the sun god Ra. Ra who is usually depicted as a falcon headed god (similar to Horus) with a sun disc over his head was known once as the greatest of all the gods in the Universe. Mythology mentions that Ra would ride a sun boat in order to drive darkness away from the other. The sun was very important to the Ancient Egyptians. Each day he crosses the sky bringing light to the world, and each night he sails through the dark world and crosses through the 12 gates of the Egyptian underworld. If the sun rises in morning, this means Ra was successful in crossing through the 12 gates. Apep (also known as Apophis) was an evil snake spirit who would each night try to kill Ra. During times of solar eclipse this is known to some as Apep being successful in capturing Ra. Some do not believe this theory, but some believe the other gods would come to the rescue of Ra and cut him out of the serpents belly only to bring light to us again.

This is a prime example of how Egyptian mythology has evolved over time. The worshiping of various gods changed through the ages, each of them symbolic in their own ways. Some popular Egyptian myths include: The Book of Thoth, Ma'at the Goddess of Morality, the Death Myth of Anubis, The Battle Of Horus & Set, Isis & Osiris, and the Princess of Bekhten.

Below you will find some of the most important names of deities in Egyptian mythology:

Please note we are constantly updating this section.